Although there might not be one overarching industry with America’s highest-paid workers, there are a few industries that stick out from the rest. For starters, healthcare is commonly known as one of the highest paying jobs in the USA. Healthcare professions are projected to increase by 18 percent by 2026, with the addition to the existing market of 2.4 million additional workers. Information science and engineering were also found to be among the top paying professions, but the pack appears to be dominated by medical professionals.

Using our guide to help motivate your ambitions to accomplish not just the highest paying jobs in the USA, but a rewarding one if you’re searching for a fresh start with your career.

Outside of the medical or dental fields, Chief Executives represent one of the best paid jobs in the USA. As a company’s highest-ranking employee, it is the job of the CEO to make critical management team decisions, steer the organisation towards new markets or product areas, and functionality with the board of directors. Many chief executives, while highly paid, have daunting schedules. A 2018 Harvard Business Review survey found that 62.5 hours per week are spent on the job by the average CEO, with about half of their time spent in the office and half of their time travelling.

Over the next decade, the number of people working as top executives is expected to increase by about 4 percent, roughly the average of all roles.

General Pediatricians are for younger patients. These general practitioners perform checkups and exams, treat common ailments, and administer immunizations. Often, when their health problems are more complex, they refer patients to a specialist.

Pediatricians require strong critical-thinking skills as well as excellent interpersonal skills and empathy, particularly given the large number of patients they often serve.

In order to boost their prospects in the job market, they must pass licencing examinations to practise, and most importantly, receive board certification.

There are currently around 32,500 paediatricians practising in the United States, although over the next decade, that number is expected to fall by 2 percent.

Compared to the best paid jobs in the USA, nursing tends to pay well in general, although nurse anaesthetists do particularly well. Before, during, and after surgical, therapeutic, diagnostic, and obstetric procedures, nurse anaesthetists administer anaesthesia and provide care.

They do not complete the same level of training, although their role is similar to that of an anesthesiologist. That means that it takes less time and money to become a nurse anaesthetist than to go to medical school and become a doctor. Certified registered nurse anesthetists, or CRNAs, may work in a broad array of different settings, including hospital surgical suites, obstetrical delivery rooms, ambulatory surgical centers, doctor’s offices, and pain management centers.

Education Some go on to finish a fellowship programme, especially if they specialise in the field. Candidates also need at least one year of full-time experience working as a registered nurse in a critical-care environment in order to become a CRNA.

Over the next several years, it is difficult to find a job that will grow faster than nurse anaesthetists, by 2029, it is expected the employment would grow by 45 percent.

Dentists often appear on the lists of the best healthcare and the top paying jobs in the USA. The combination of relatively low stress and flexible scheduling certainly adds to the appeal, although the salary tends to be attractive.

Dental practitioners may find themselves analysing X-rays, filling cavities, extracting damaged teeth, and administering sealants during a typical week. It’s a job that needs a strong understanding of ground best practises, attention to detail, and the ability to develop a good relationship with patients.

Although not always required to do so, as an undergraduate, dentists often select biology or other science majors. They take the Dental Admission Test, or DAT, after college, to enter a dental school where they learn about topics such as local anaesthesia, anatomy, periodontics, and radiology. Under the supervision of a practising dentist, they also receive clinical experience. It is expected that overall employment among dentists will increase by 3% by 2029.

Working in the aviation industry can mean a lot of time away from home, but in many cases, it also leads to a nice paycheck. Airline pilots, copilots, and flight engineers, generate a median salary of $147,220.

Typically, the pilot, or captain, has the most experience operating a plane and supervises the other flight crew members. During the flight, the copilot is the second in command and helps the captain with cockpit responsibilities. Flight engineers perform preflight checks, track the cabin pressure of the aircraft, evaluate how much fuel is being burned, and perform other important tasks. However, there are fewer jobs for flight engineers than there used to be, because of the increased amount of automation in new aircraft.

Airline pilots usually require a bachelor’s degree and have an Airline Transport Pilot Certificate from Federal Aviation Administration. They often start out as commercial pilots and, before gaining employment with an airline, accumulate thousands of hours of cockpit experience. A flight engineer needs to have a commercial pilot licence and have a minimum of 1,500 hours of flying experience logged, even though they are not manoeuvring the aircraft.

In the United States, there are about 85,500 people employed as airline pilots, copilots, and flight engineers. Between 2019 and 2029, that number is expected to increase by 3 percent.

Dentists (All Other Specialties)

Endodontists, who perform root canals and other procedures dealing with the inside of the tooth, and periodontists, who treat the gums and bones around the teeth, are among the professionals included in this category.

Top paying jobs in the USA that are dental programmes require a bachelor’s degree with biology and chemistry coursework. Like other dental professionals, in order to become accepted into an accredited dental programme, specialists must take the Dental Admission Test. Specialists typically complete two to three years of additional training in the field of their choice, after dental school.

Over the next decade, employment in the specialties listed above is expected to remain flat but it is considered as one of the best salary jobs in the USA.

Computer and Information Systems Managers oversee functions such as electronic data processing, information systems, analysis of systems and programming of computers. They assess a company or government body’s IT needs and work with technical staff to implement computer systems that meet those goals.

Individuals generally have several years of experience under their belt in a related field before becoming IS managers. In general, larger organisations require IT managers who are more seasoned than smaller companies or start-ups. A Chief Technology Officer (CTO), who oversees the entire technology role in a larger organisation, will often need more than 15 years of IT experience.

Successful executives need to develop sound plans that match the organization’s objectives, as well as the ability to motivate employees under their supervision.

Most computer and information systems managers have obtained a bachelor’s degree in a computer-related major. Some have graduated from MIS programmes (Management Information Systems), which add business coursework to the normal classes of computer programming and software development. IT professionals sometimes work towards a Master of Business Administration (MBA) or another graduate degree in order to advance into a management role. It usually takes two years for MBA programmes to complete full time, although some employers take part-time courses while they continue to work in an IT capacity. Total employment will increase 10 percent, much faster than the economy-wide average.

These are some of the best salary jobs in the USA and the education and qualifications you should have to achieve them.

← Prev: Most Common English Slang Words Next: Why Study In The UK? → 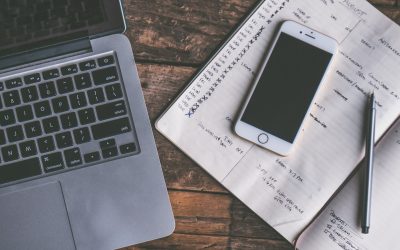 Comprehensive Checklist A Student Must Need While Moving to A University

Moving to a university after getting done with the college studies can be an overwhelming experience. It will be a mixture of emotions, you will be...