The educational system has entered a transformational era. This was another significant day in the era of India’s rise to global power status. The Union Cabinet approved India’s New Education Policy 2020, paving the way for significant reforms in the Indian education system. The modern education framework seeks to replace the 34-year-old education system by instituting transformational changes in the education systems in schools and higher education. That also entails the renaming of the Human Resources Development Ministry to the Education Ministry. Here are some of India’s New Education Policy 2020’s big highlights that you should know.

There was a time when if you chose a scientific course, you would only research topics relevant to that stream. There was no space for manoeuvring. In the educational sector, there is much too much insularity. However, with the introduction of India’s New Education Policy 2020, students can now research commerce and political science concurrently. Chemistry allows students to learn history as well. The student does not have to be exclusive to a single sector.

India’s New Education Policy 2020: A new pedagogical and curricular system has been created.

The National Education Policy 2020 would be divided into four stages:

The foundation period, which begins at the age of three and lasts until the age of eight, is divided into two parts:

Under India’s current education programme, the preparatory stage begins in grades 3-5. It will cater to children aged 8 to 11. The primary emphasis is on play, exploration, and activity-based and immersive classroom learning. Prior to the age of five, every child will be assigned to a preparatory class, also known as a Balvatika.

The middle stage ranges from 6th to 8th grade. It would cover the age range of 11 to 14. The primary emphasis is on experiential learning in technology, math, the arts, social sciences, and the humanities.

Secondary schooling can be divided into two phases. The first phase will run from 9th to 12th, and the second phase will run from 11th to 12th. It would serve students between the ages of 14 and 18. The secondary stage concentrates on multidisciplinary research, increased strategic thought, creativity, and student choice of topic. Board assessments would be held in order to provide students with a well-rounded education.

School exams can only be conducted for three classes – Class 3, 5, and 8. This promotes higher-order analytical skills, logical clarity, and analytical thought in pupils.

It is possible that the student will be unable to take the exam due to health issues or another personal issue. This service would aid in passing the test without having to wait a year.

Over the school year, both students would be permitted to take two board exams (one primary exam and one for progress if desired).

The bachelor’s degree would last four years, with the following opportunities for graduation:

Students who drop out after two years will be able to finish their degrees after the break. The M.Phil degree will be revoked. NEP expands the right to education from three to eighteen years. Beginning in sixth class, students are introduced to vocational education.

By looking at the future of technical courses, the current strategy has introduced several systemic reforms that would improve the attitude of many individuals. It also envisions universalizing early childhood schooling from the ages of three to six.

Extracurricular programmes – In addition to the main subjects, music, sports, arts, and literature would be prioritised and in higher education.

The home language/mother-tongue/local language/regional language would be the medium of learning until at least grade 5, though ideally until grade 8th and beyond.

The Indian sign language will be standardised throughout the world for students with hearing impairments, and national and state curriculum resources will be established accordingly.

One Regulator in India

Students had to take several admission tests to get into their preferred college under the old education scheme. For the most recent India’s New Education Policy 2020, applicants would be required to take a single voluntary admission exam administered by the National Testing Agency.

If you are good, becoming a dropout has no impact on you. However, if you are a dropout and can not achieve happiness in adulthood, you have a major concern.

One significant reform introduced in India’s New Education Policy 2020 for higher education is the elimination of entry and exit barriers. Where students can comfortably resume their studies even after a time of delay thanks to their academic success and credits.

If you drop out and then complete your degree, you will retain your credits under NEP’s new rules. All major regulators, such as the UGC, AICTE, and NCTE, will be merged into a single body.

The tenth and twelfth-grade board exams are potentially the most difficult moments of a student’s life. The grades you get are directly relative to the schools you apply to. Many students are worried regarding this stage of their life because if they do not get into a top college, much of their effort and energy is wasted.

The board exams would be simplified under India’s New Education Policy 2020 in order to assess the student’s core competency rather than memorised facts. Additionally, students would be permitted to take the exam twice. Separate tests will be provided for objective and descriptive form queries.

The integration of digital technologies at all stages of learning is planned by the creation of a dedicated unit for developing digital infrastructure, digital material, and capacity building. The overarching goal is to enhance classroom procedures through technology innovation such that no child falls behind.

Needless to say, the latest pandemic has seen a surge in the utility of online education learning. This strategy seeks to achieve the goal of providing continuing education to all segments of society.

Installations of interactive boards for schooling were one of the most talked-about educational innovations last year. Students will also be able to receive digital education in all classrooms, rather than only a handful.

The New Education Policy in India’s central focus is integration, with the aim of achieving universal literacy and numeracy by 2025.

One of the biggest issues has often been a lack of decent schooling for children. To address this, India’s New Education Policy 2020 envisions providing equal quality education to both girls and transgender students.

The Significance of Functional Intelligence

One major shift that would undoubtedly help students in the future is the development of their expertise at the very beginning of their studies. Schools and universities will also place a greater emphasis on the development of the child’s abilities. For this current standard of education reform, it is no longer ratings that count, but rather abilities.

Why Is It Important To Develop One’s Skill Set 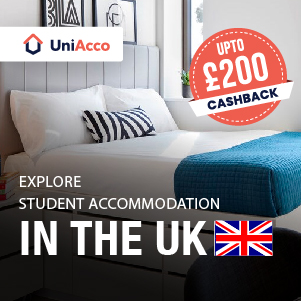 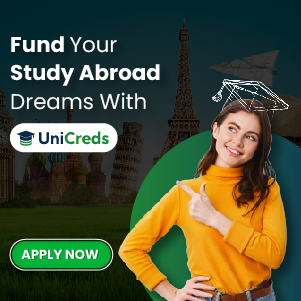